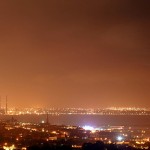 Over the past while I’ve noticed that some confusion has arisen about the distinctions between Dark Sky Parks and Dark Sky Reserves. In preparation for an upcoming meeting I drew up the following 2 pager explaining the key differences. For the impatient, here’s the 2 line difference from Steve Owens:

The International Dark Sky Association runs an Dark Sky Places program to recognise places that have taken efforts to protect their night time heritage. There are three types of Dark Sky Places.

Dark Sky Parks and Dark Sky Reserves are what will be discussed in this document. The third category is a Dark Sky Community.

Dark Sky Communities must be legally organised entities. In Ireland this would be at the Local Council level. Although many towns and villages have local councils they do not have legal powers to enact lighting regulations and so would not qualify under this scheme. I will not discuss Dark Sky Communities in this document as I don’t think they are appropriate for Ireland.

What are Parks and Reserves?

Parks are public land more or less empty of human habitation, and can be of any size.

Reserves are large areas centered round a significant dark sky area (the core), with a buffer zone that includes communities stretching a min of 15km on all sides of the core.

The objectives for Parks and Reserves are similar. The area must possess and exceptional or distinguished quality of dark skies. The areas must be specifically protected for their scientific, natural, educational or cultural heritage. The bodies owning and/or governing the areas must recognise the value of the starry night through regulations and formal agreements and long term planning. For example this would involve the local authority/council officially supporting the project in their planning rules, lighting practices, etc. The formal agreements, and implementations are a key requirement in achieving official status.

The benefits of parks and reserves are very broad in scope. Protected night time environments will benefit nocturnal animals (including amateur astronomers!). Having an official designation which can be used for tourist purposes will aid in the promotion of the area.

In Ireland the likely areas for a park are reserve are areas which already are popular tourist destinations. These areas typically have peak tourists in the summer but few visitors in the winter. By becoming a Dark Sky Park or reserve the communities and businesses will have an advantage in attracting visitors during these lean periods. In areas that already hold certification some hotels now offer ‘Astronomy weekends’ where guests are given introductory talks on astronomy and weather permitting an observing session; holding more traditional ‘star-parties’ in the area can also benefit local businesses. There are also non-astronomical related benefits, such as ‘bat tours’ and nighttime hillwalking that having a Dark Sky Accreditation can help to support.

This is where Parks and Reserves diverge. Each of the following must be met.

The following are required to be presented with the submission in both cases:

Individual Parks managed by the National Parks and Wildlife Service may apply for Park status. Dark Sky Reserves are more suited to the larger area projects that would be appropriate in Ireland which may encompass part of a NPWS protected area.