The latest sanctions from the FAI have a couple of bizarre fines. Even by the FAI sanction press release standards!.

Before going into the sanctions have a look at this video. It from the Harps-v- match on .

The following fines were handed down:

The ‘pitch invasion’ looked fairly harmless. But whoever brought the kids to the game should have restrained them from doing that. I’m sure the Derry fans will be examining how to stop that happening in future.

The paper throwing is a more worrying fine. Supporters’ displays in the past were much better than the one in the above video. They had flares, plenty of flags, plenty of noise and were an attraction in themselves.

The F.A.I have gone beyond what can be accepted as a health and safety measure. Banning flares is, to an extent understandable from a safety aspect. However if safety was an issue you might have expected the FAI to allow clubs to work with them and safety officials to use flares in a controlled and safe way. Instead there is a complete ban.

It seems that the FAI’s aim is now to sanitize football and has nothing to do with safety. This is a spectacular own goal for the FAI. Those fans that organize these displays, at their own expense, should be encouraged to create bigger displays as this will in turn get better crowds to the games. Those that turn up to the big games only are more likely to return if there is a great atmosphere provided. Kids especially love this atmosphere – more and more kids are turning up early to matches to help out; this is a group of fans (or customers as the FAI probably refer to them) that we do not want to loose.

Where there are valid health and safety issues the FAI should work with the supporters and clubs to see how to address these. Paper streamers are not a health hazard.

It’s fairly basic marketing – promote your strengths. In the case of the league of the passionate supporters, their flags, displays and chants are a strength. 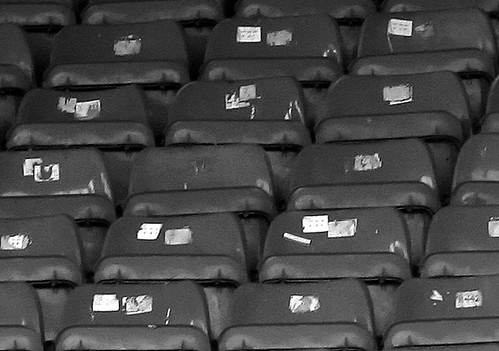